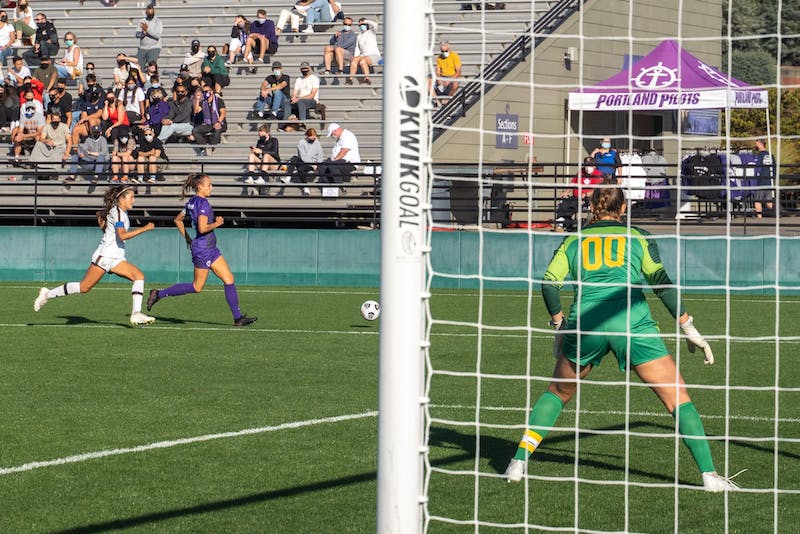 The University of Portland has partnered with KOIN-TV and KRCW-TV to designate local CBS and CW affiliates as the exclusive broadcast networks for all UP home sporting events, according to a Friday 22 press release. October.

The three-year deal goes into effect immediately and will kick off with the women’s soccer game against the University of Santa Clara on Saturday, October 23. UP’s video department, Portland Sports Network, will be responsible for all production elements of the shows.

“We are delighted to be working with such an engaging TV partner in the local market,” said Scott Leykam, Portland’s vice president for athletics. “KOIN / KRCW recognizes the value of local sports to the community and we are proud to present our student-athletes and our programs to a wider audience. “

UP has partnered with KRCW-TV in the past, including two football games and a volleyball game last month. However, the Portland vs. Santa Clara football game will be the first Portland Pilots to air on KOIN-TV.

“The University of Portland has a long history of athletic success and the development of young student-athletes. We are excited to be able to introduce the next generation of women and men on KOIN TV (CBS) and KRCW (Portland’s CW) to our local viewers, ”said Tom Keeler, vice president, general manager of KOIN / KRCW.

The full broadcast program is available in the press release.

Carlos Fuentes is the editor-in-chief of The Beacon. He can be contacted at [email protected].

MINDCURE announces its participation in upcoming events in November 2021